Match Makers: It Meant the World

When it comes to hanging out with an eight-year-old, Big Brother Jack knows exactly what it takes. He was nine years old when he first met his own Big Brother, Noah. Growing up in a single parent household with four sisters, Jack said it “meant the world” to have a positive male role model.

“Thinking of what I got out of my relationship with my Big helps me nurture this relationship with my Little, Elijah,” said Jack. “I know it’s the little things that matter - just being able to get out of the house and experience new things. I want Elijah to have the opportunity to know what’s out there and form his own opinions. It’s as simple as getting his first library card or trying his first pepperoni pizza - which he obviously approved of!” 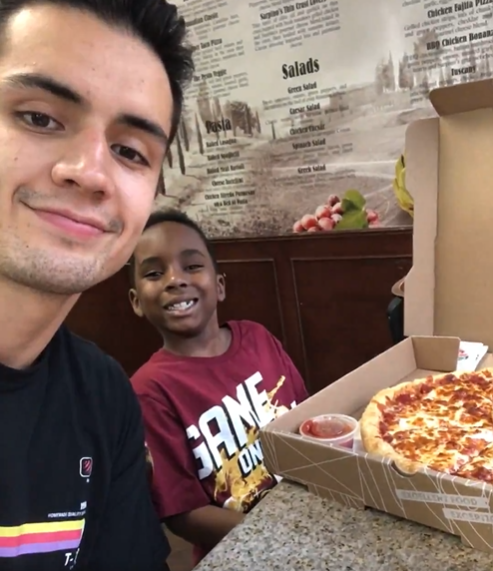 Jack and Elijah enjoying their first pizza together

13 years after becoming a part of Big Brothers Big Sisters, Jack is not only paying it forward by spending time with his Little, but is still a huge presence in his Big’s life. In fact, he works for his Big Brother at a real estate development company. “Noah has always encouraged me to set myself up for greater success. I remember going to his office for hours after school, working through college and scholarship applications.”

A first generation college student, Jack received a full-ride scholarship to the University of Chicago. He spent his junior year abroad in Barcelona and had the opportunity to reverse roles and show his Big Brother around a new city.

Now Jack’s loving the opportunity to show Elijah around Chicago and remembering what it’s like to be an eight-year-old that’s curious about the world.

Stories like these are made possible by our community of Match Makers, a monthly giving community dedicated to changing lives across Chicagoland by matching a child with their new mentor every single month. We hope you will consider joining this community and helping to make more life-changing matches. 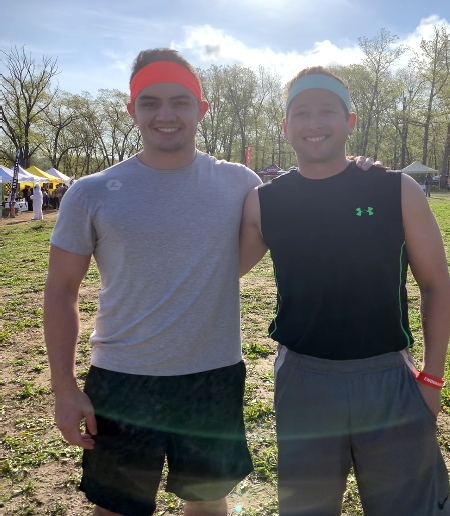 Jack and his Big Brother Noah are still active in each other's lives
and ran a Tough Mudder race together last year.